This room and all its contents, its very walls, have now, by a magic carpet, been transported to this place to this shelter from the alarms of a dark and frightened world, this great College, this island of youth. 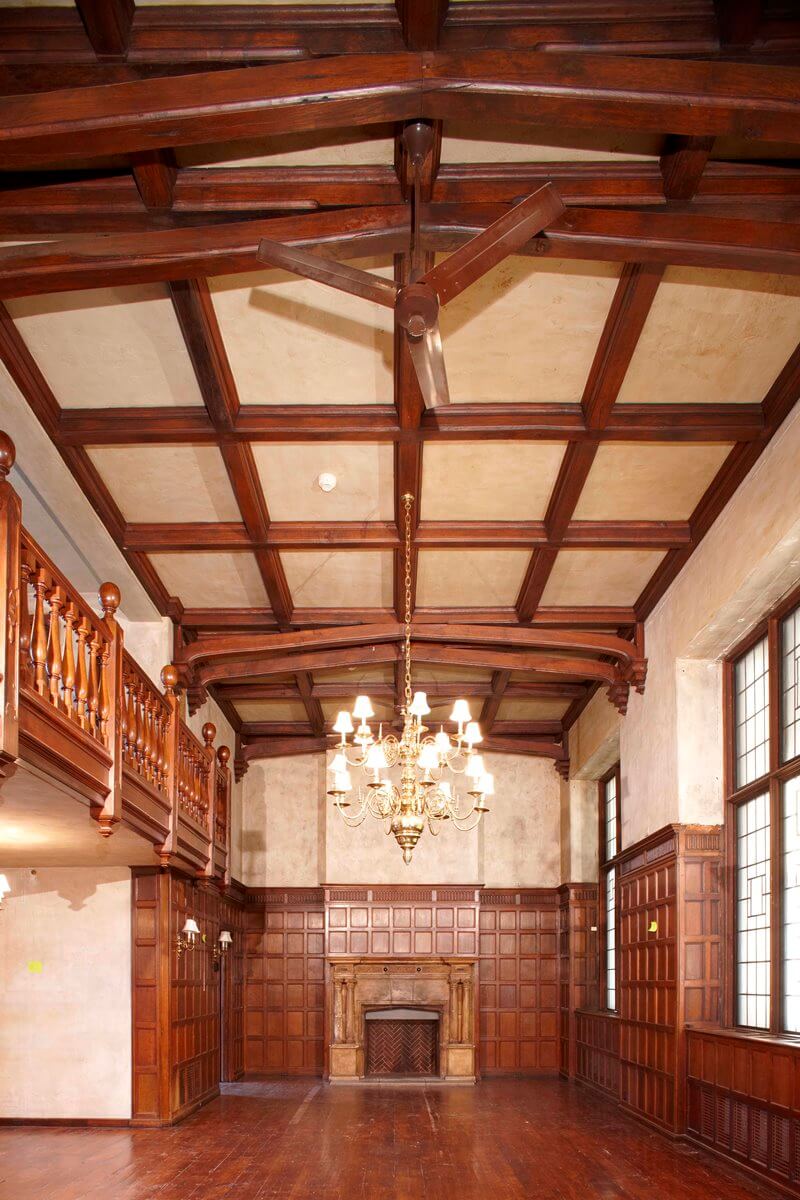 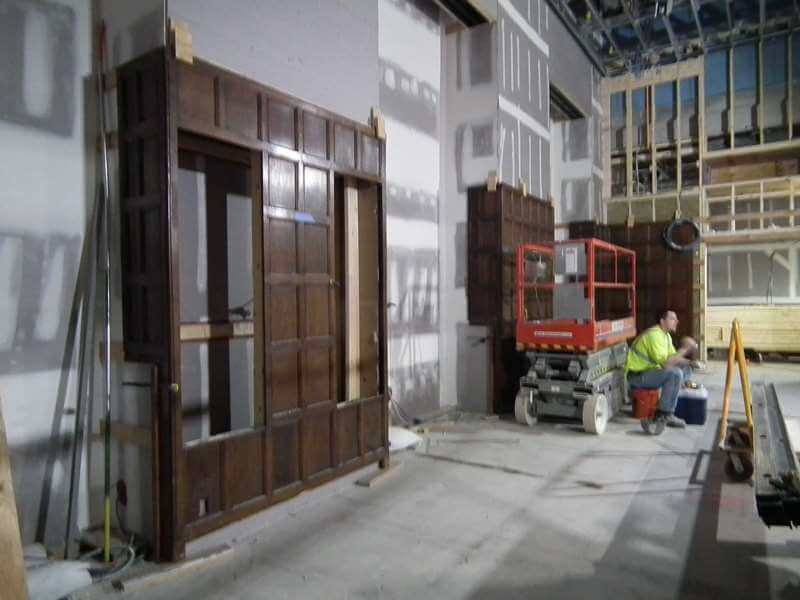 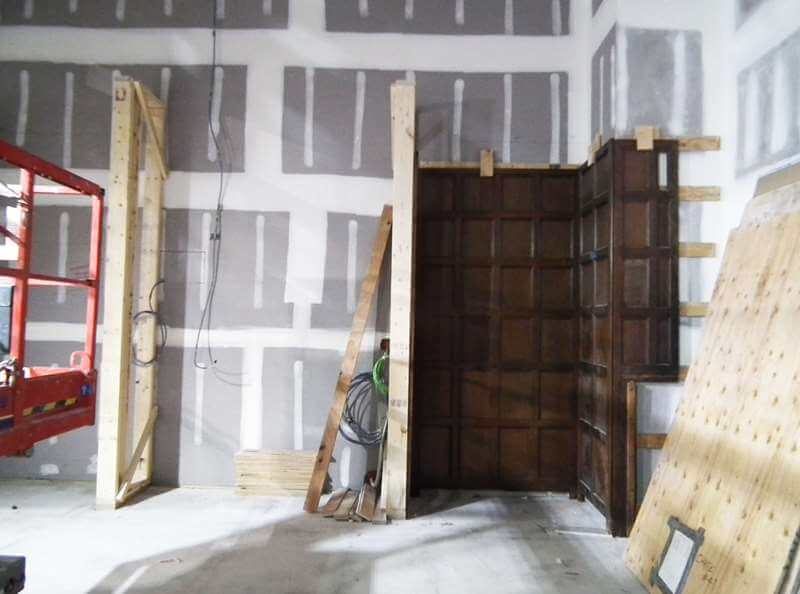 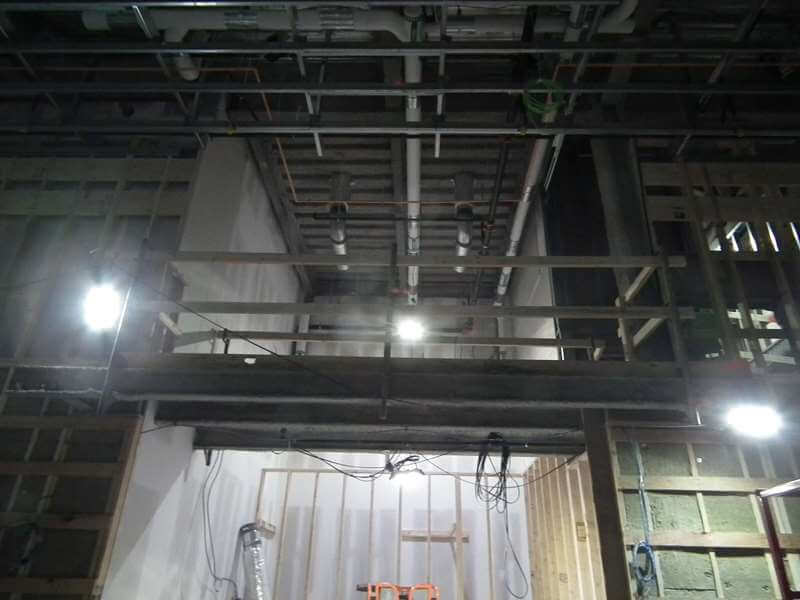 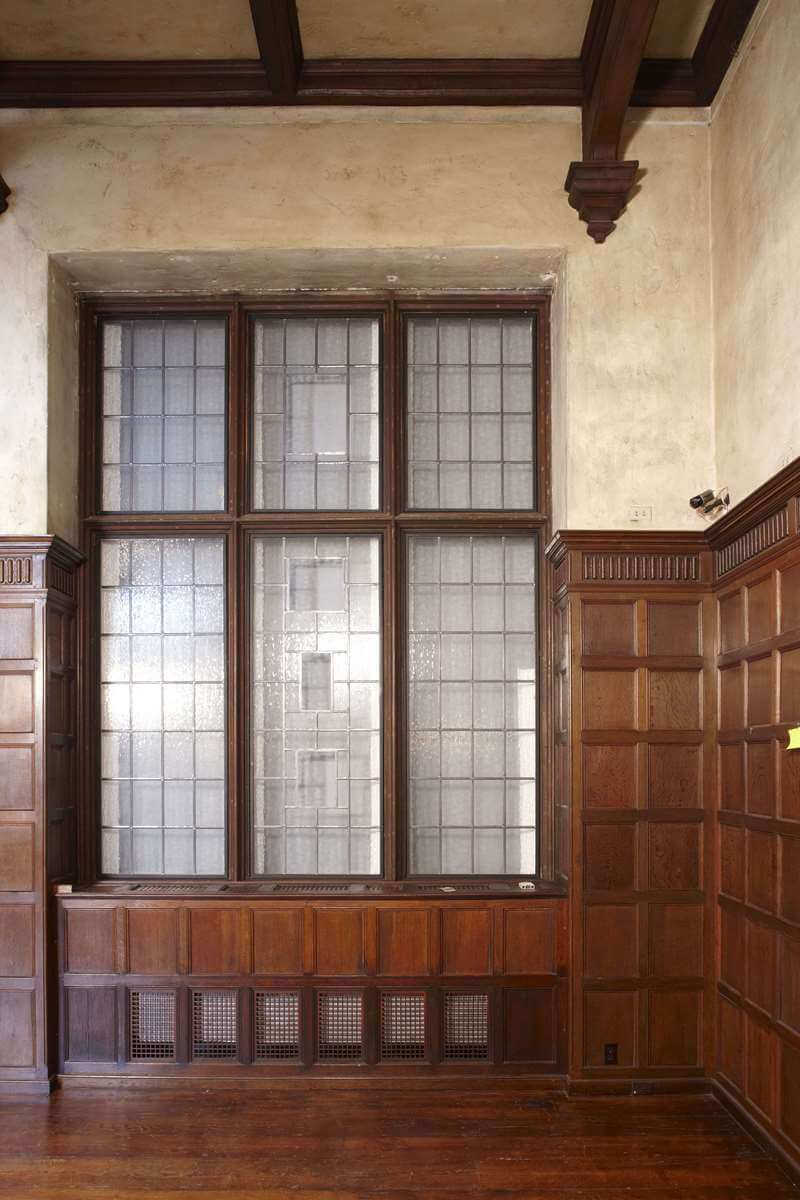 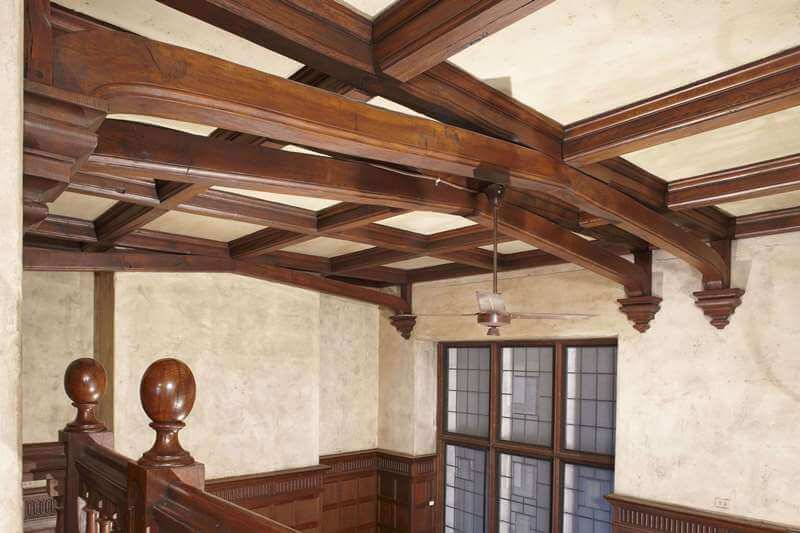 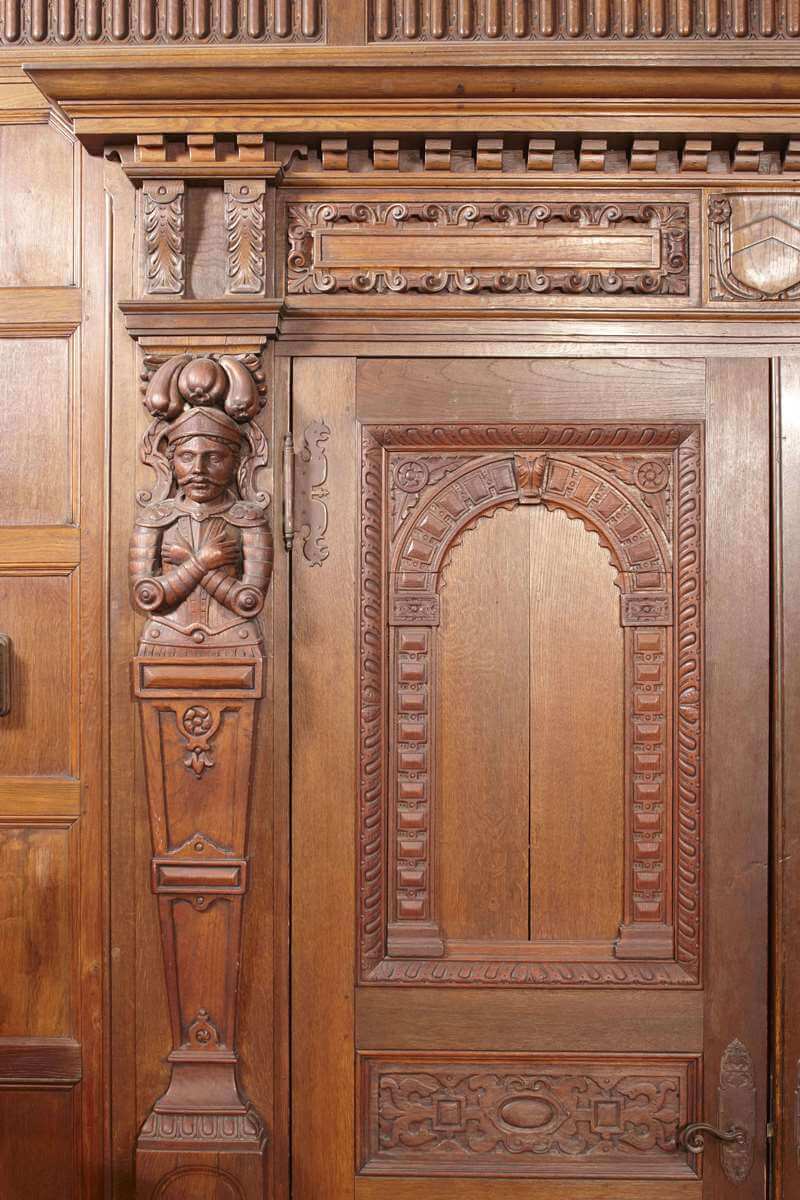 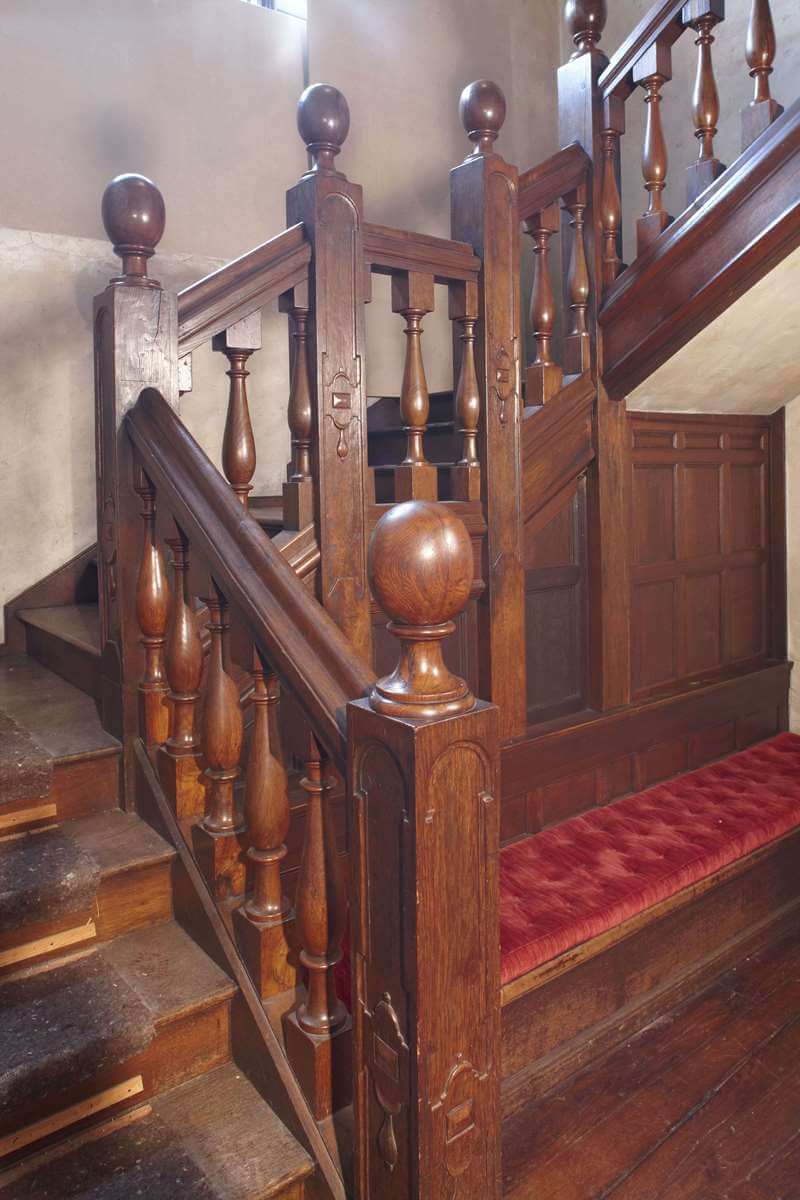 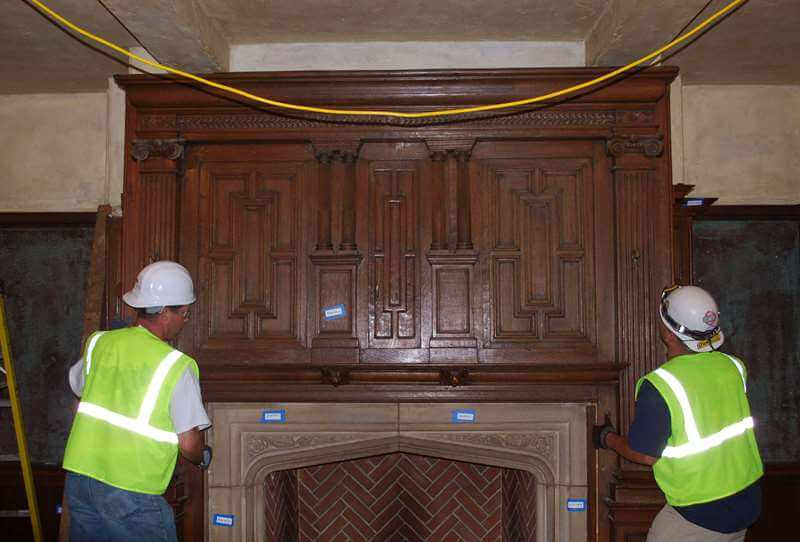 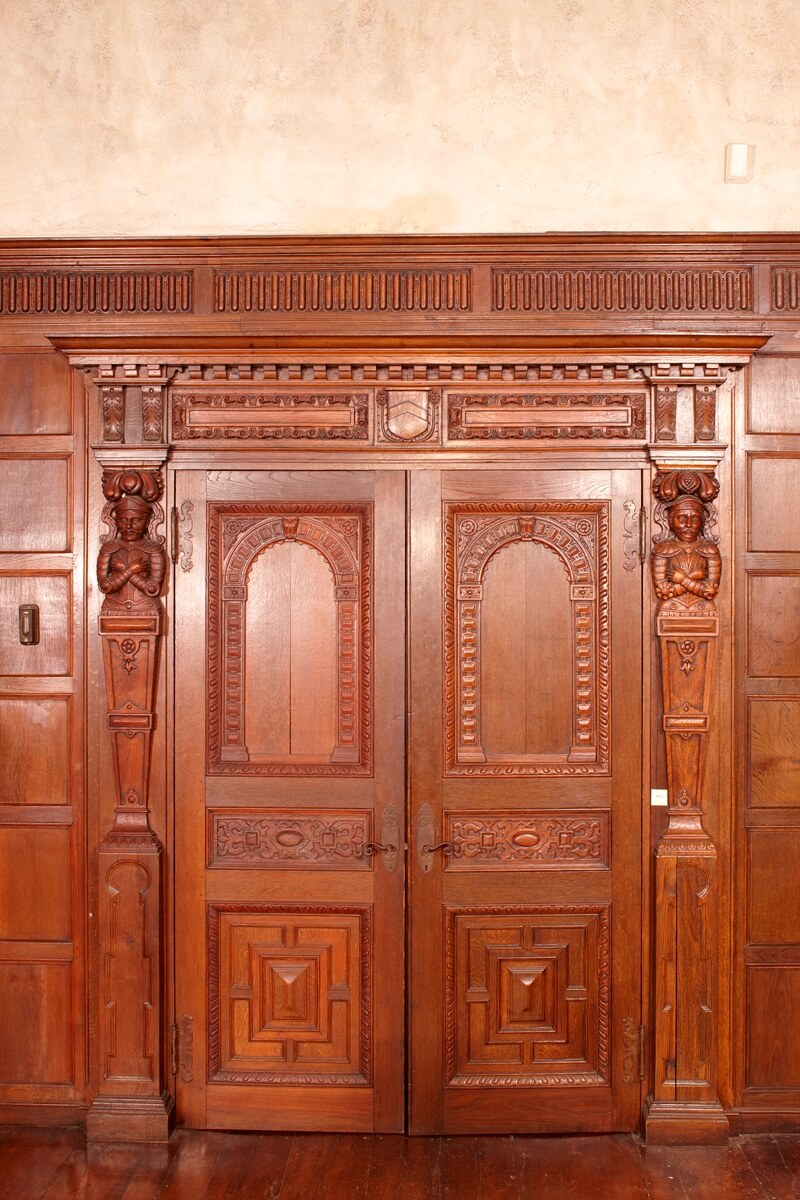 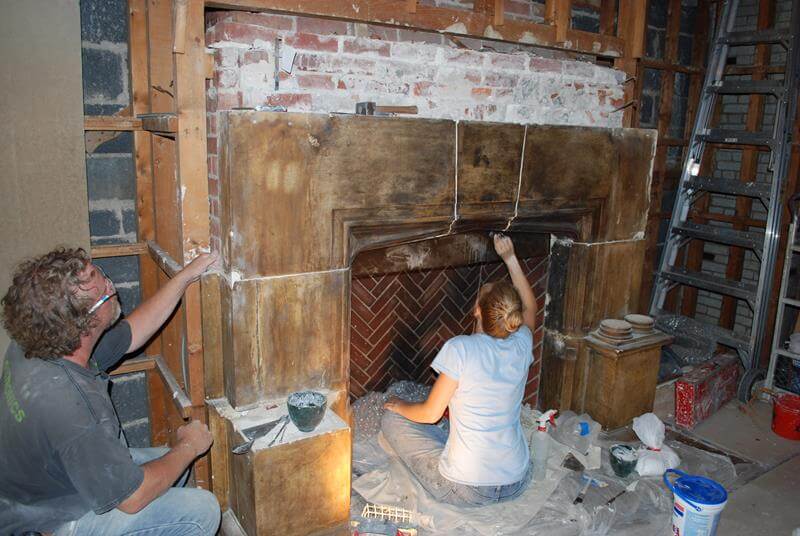 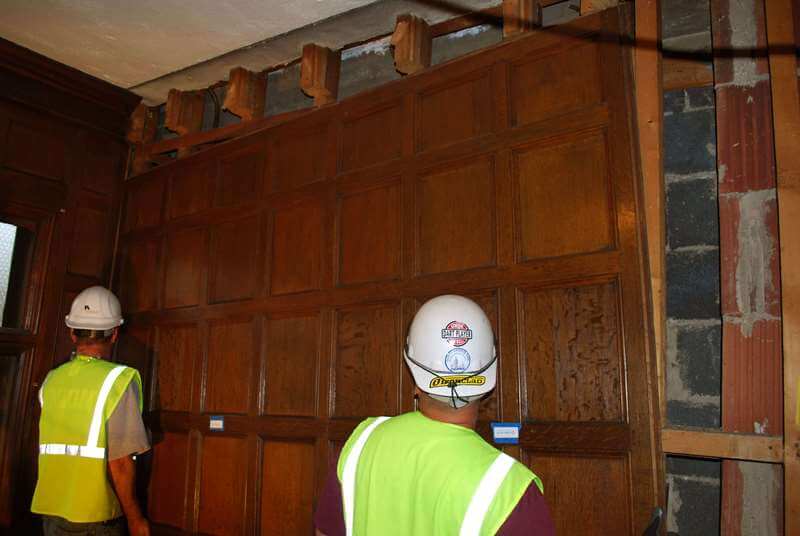 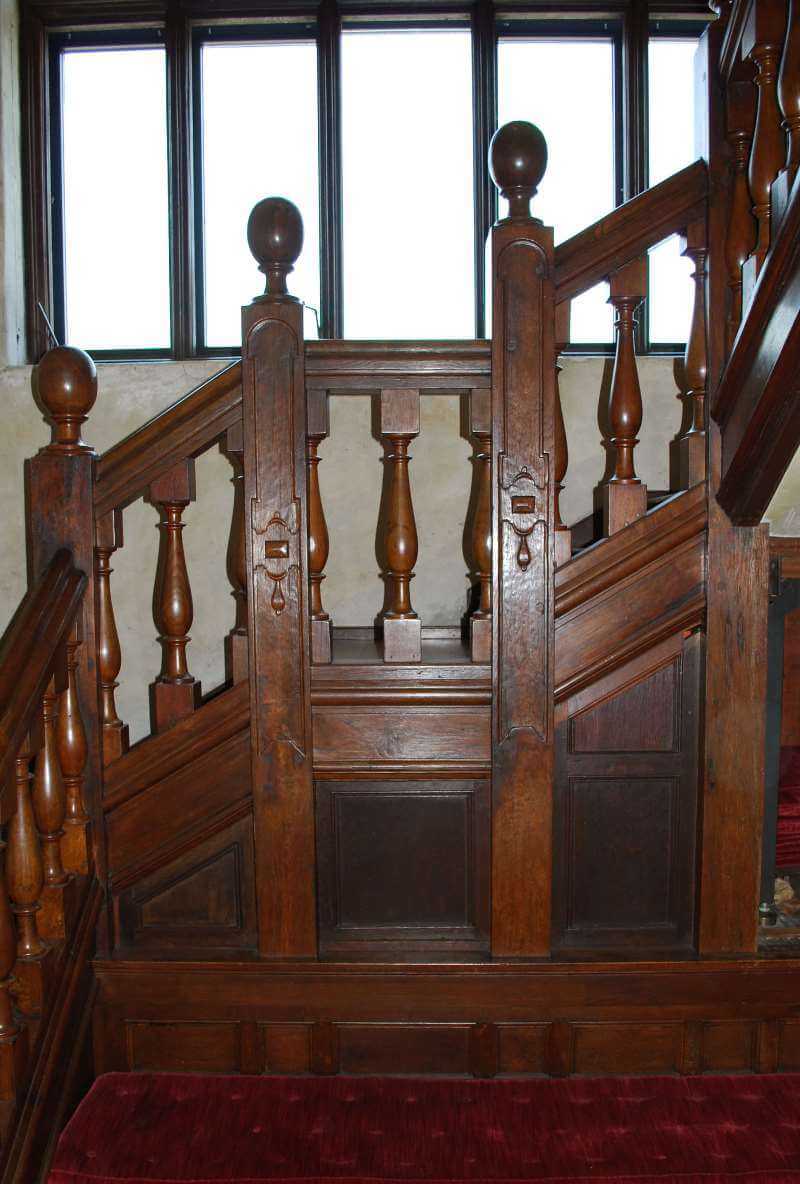 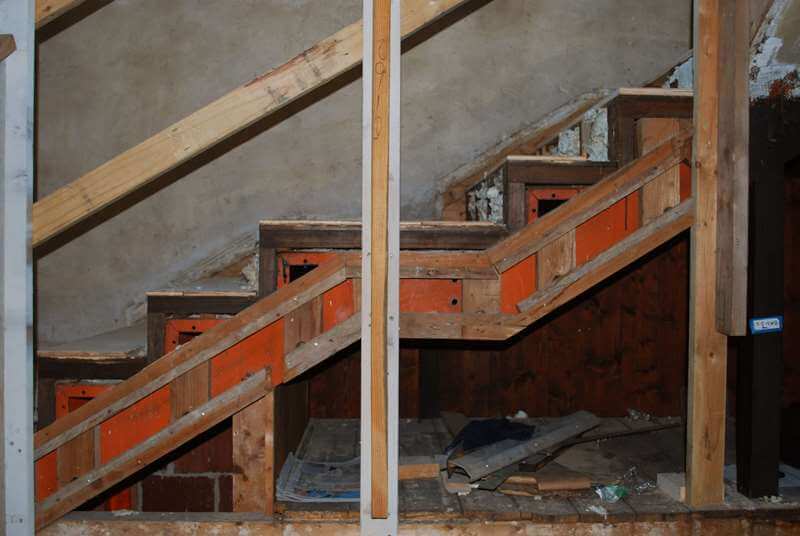 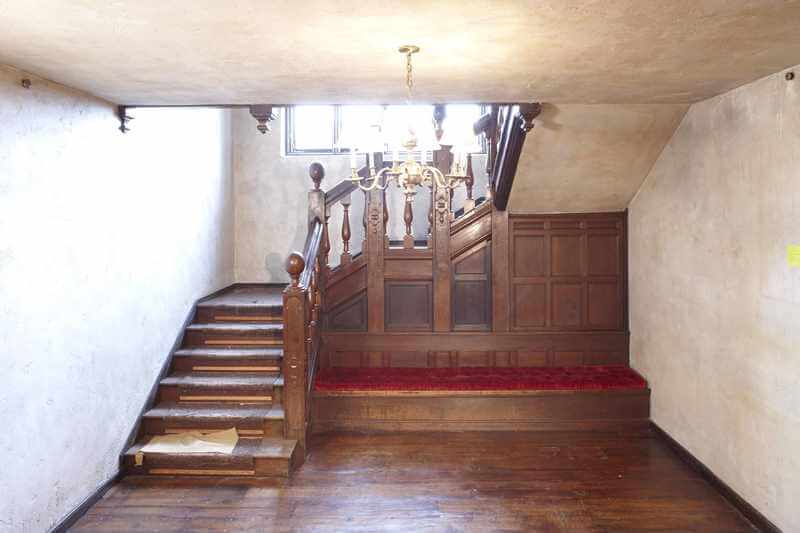 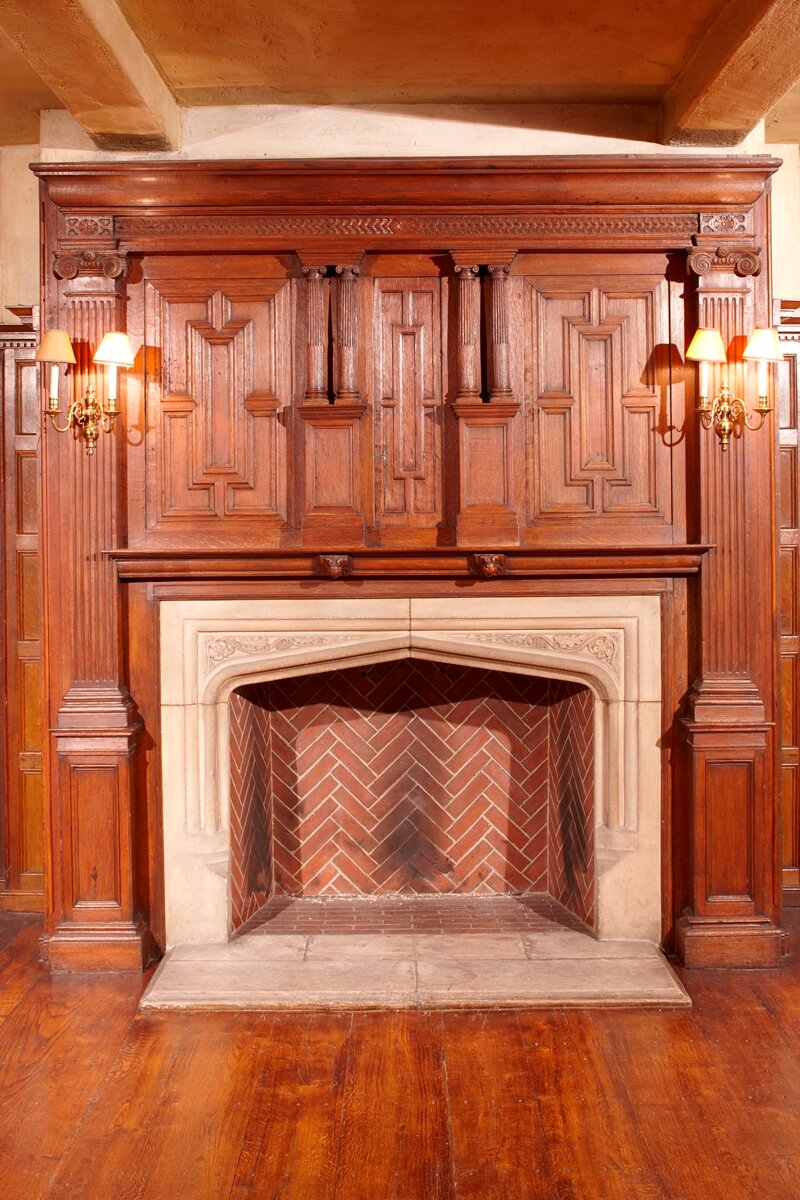 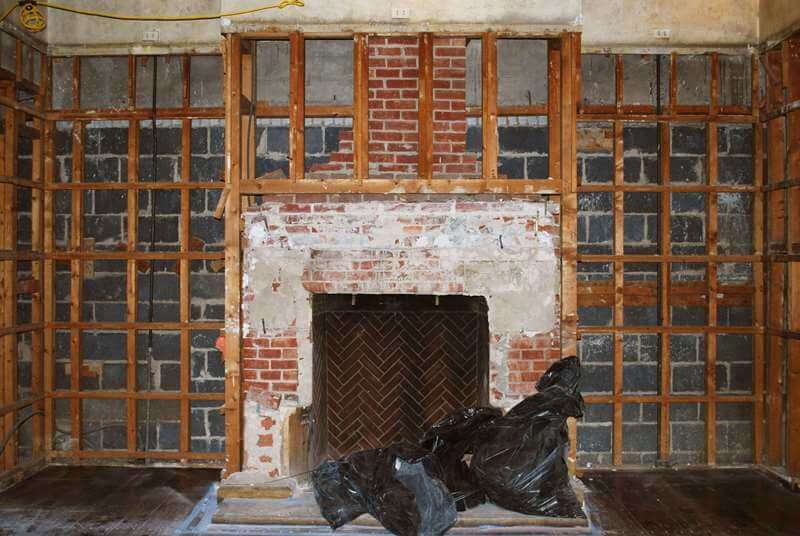 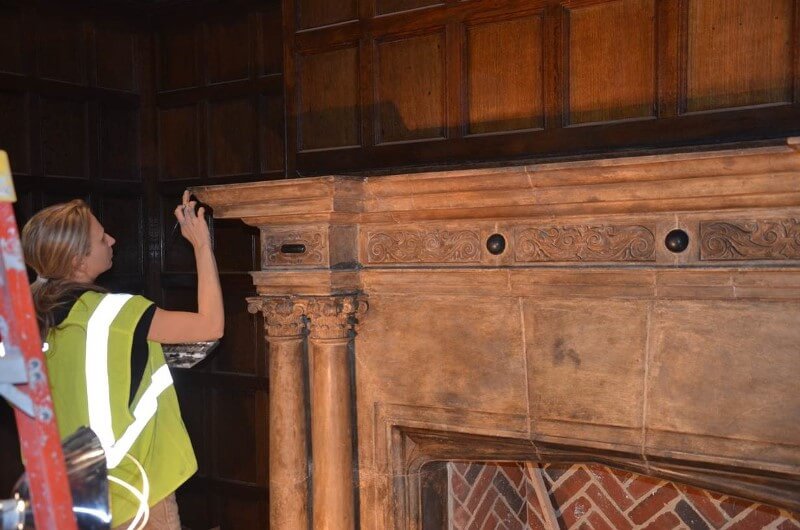 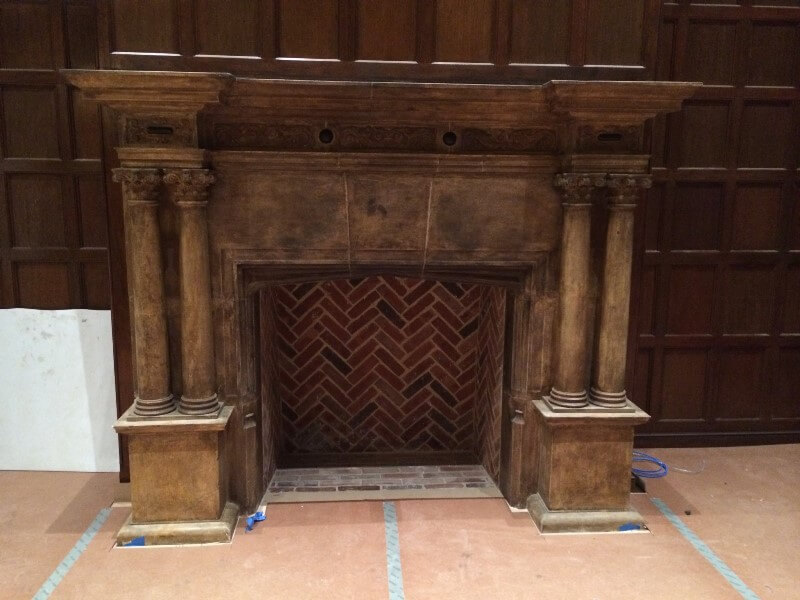 M&A’s extensive restoration and reinstallation of the Naumburg Suite at the Harvard Art Museum was featured in the book, “Manhattan’s Hotel des Artistes: America’s Paris on West 67th Street,” published in December 2020.

The Naumburg Suite at Harvard’s Fogg Art Museum, is a legacy of the Naumburg family of New York City. A friend of the arts, Nettie Naumburg left a large number of paintings, sculptures, tapestries, and furniture to Harvard, as well as the principal first floor rooms from her Manhattan apartment, complete with entrance hall and troubadour balcony. The Jacobian style paneling and ceilings of the first floor rooms were brought by the Naumburgs from England to New York and installed in their apartment as the Hotel des Artistes at 1 West 67th Street. The addition at Harvard’s Fogg Museum built to house the Naumburg suite of rooms was a steel and concrete shell, which allowed false wood stud walls and blocking to be constructed to the exact dimensions required for the install of the paneling and architectural components. The paneling was attached to the wood substrate with face nailing, and bolts were used to attach the coffer beam ceiling. Wire lath was secured to the wood framing to accommodate plaster. The rooms were dismantled in New York and shipped to Cambridge, where they were reinstalled and dedicated in November of 1932.

Starting in 2008, the Harvard Art Museums began a large-scale renovation project to restore and expand upon their existing building. M&A was an instrumental participant in the renovations to the Fogg Museum. In 2009, M&A provided a complete documentation report of the existing conditions of this Jacobean-style period apartment, which included the paneling, beams, staircase, balcony, windows, doors, limestone and granite fireplaces and mantels, and antique chandeliers and sconces. After documentation, M&A preservation carpenters carefully dismantled the entire apartment–marking, measuring, disassembling, and carefully crating over 1,000 individual architectural elements.  At the limestone fireplace, molds were created as a precautionary step in the event that the disassembly and storage might have broken any of the components. The crated architectural components were stored in a climate-controlled location until their new space was ready for their reinstallation.

The Harvard Art Museum complex re-opened in November of 2014 to international praise and recognition. The Naumburg Suite continues to be used for the same functions that Nettie Naumberg requested in her bequest—as a gathering space for museum staff, faculty, and students to gather and be inspirited by the art that surrounded them.