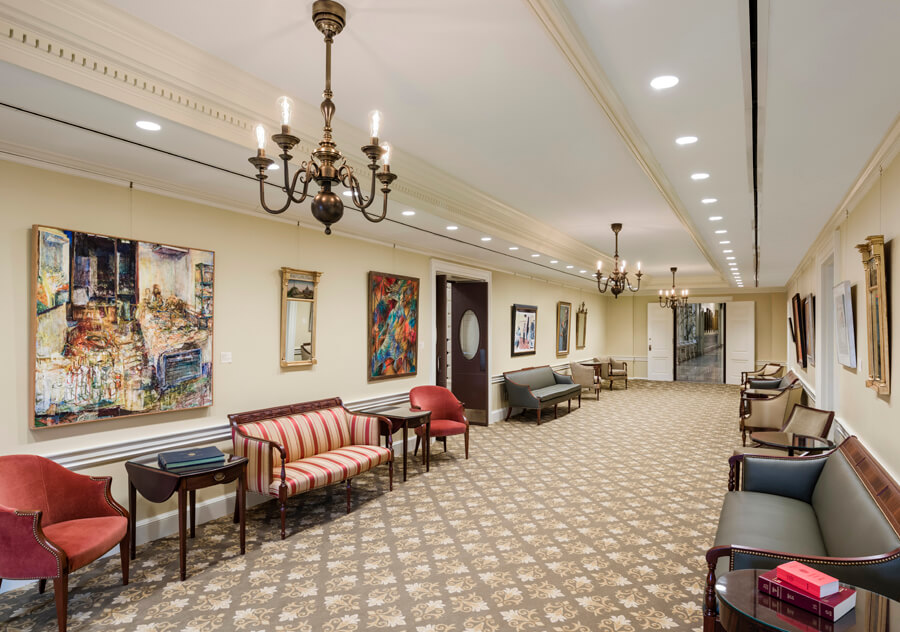 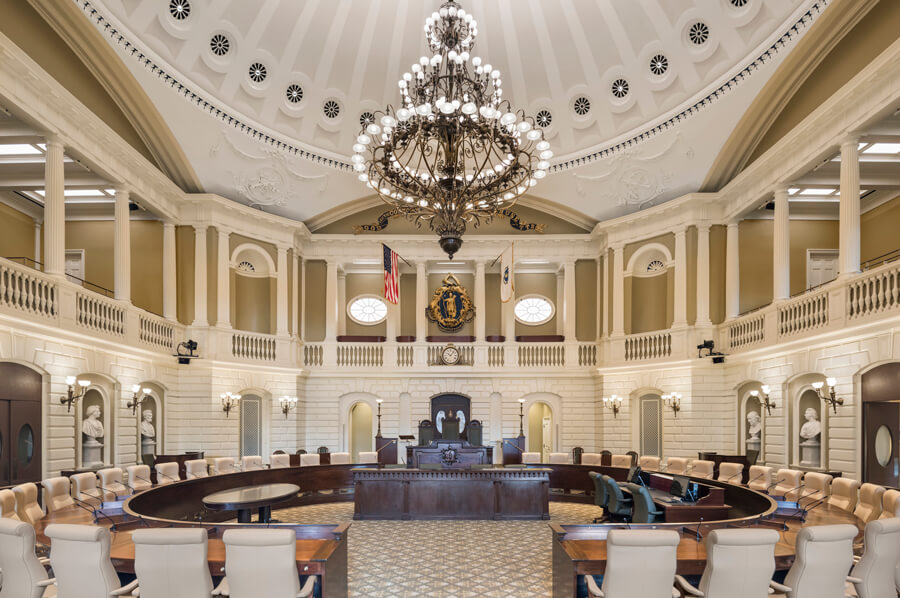 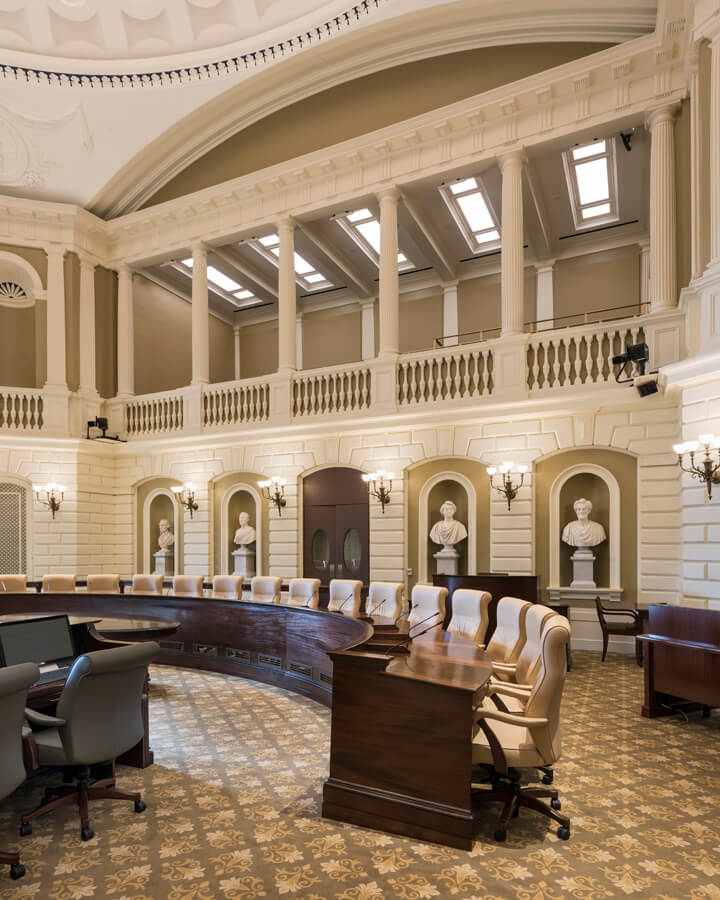 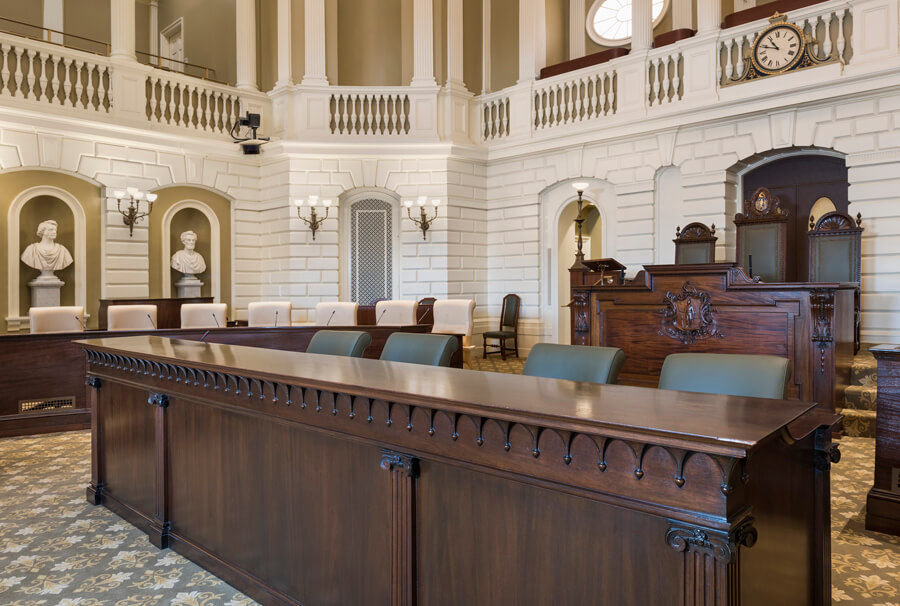 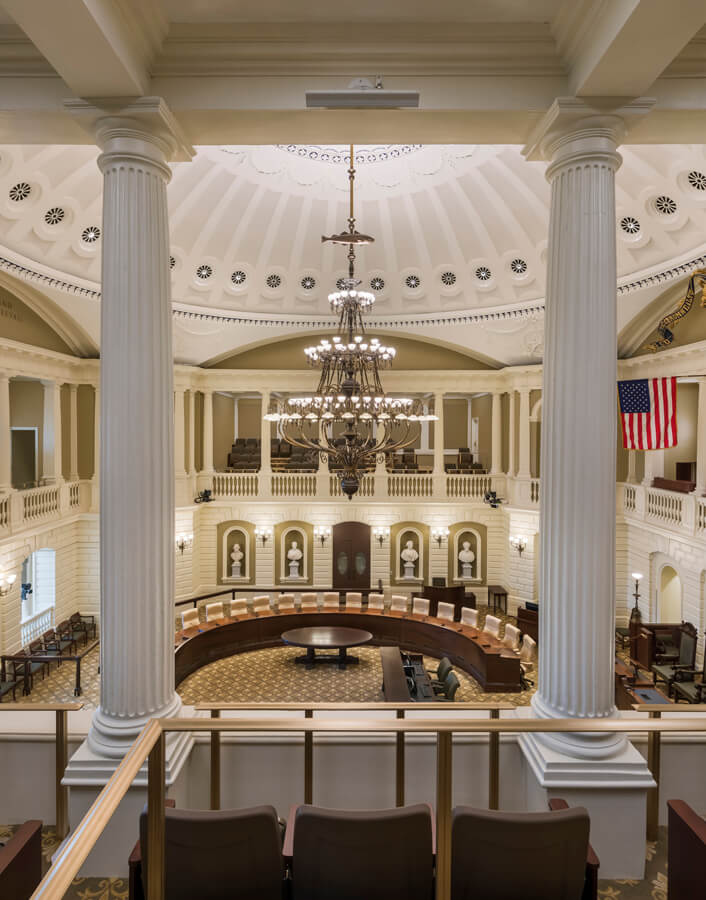 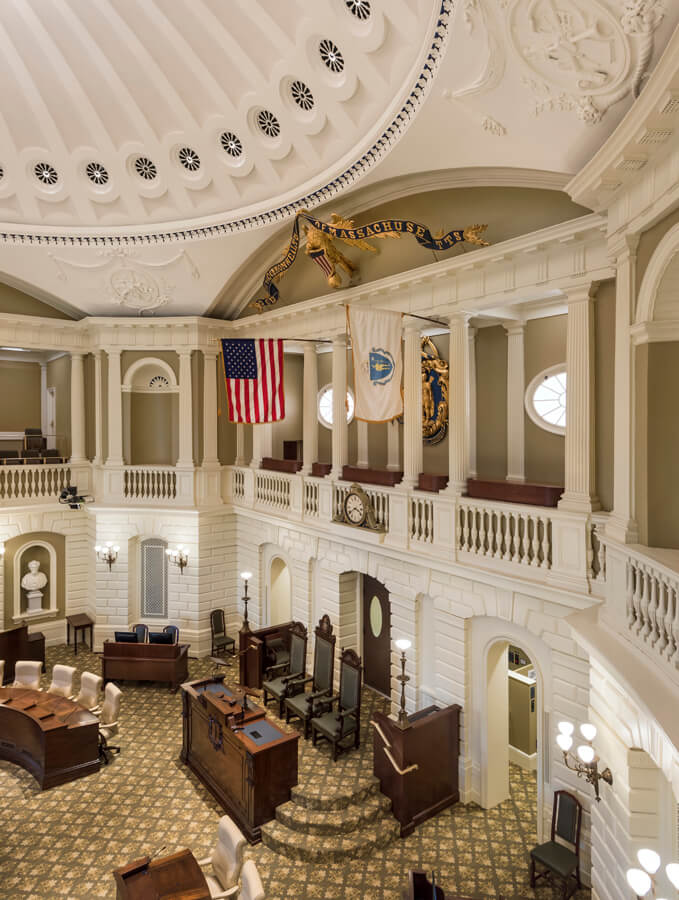 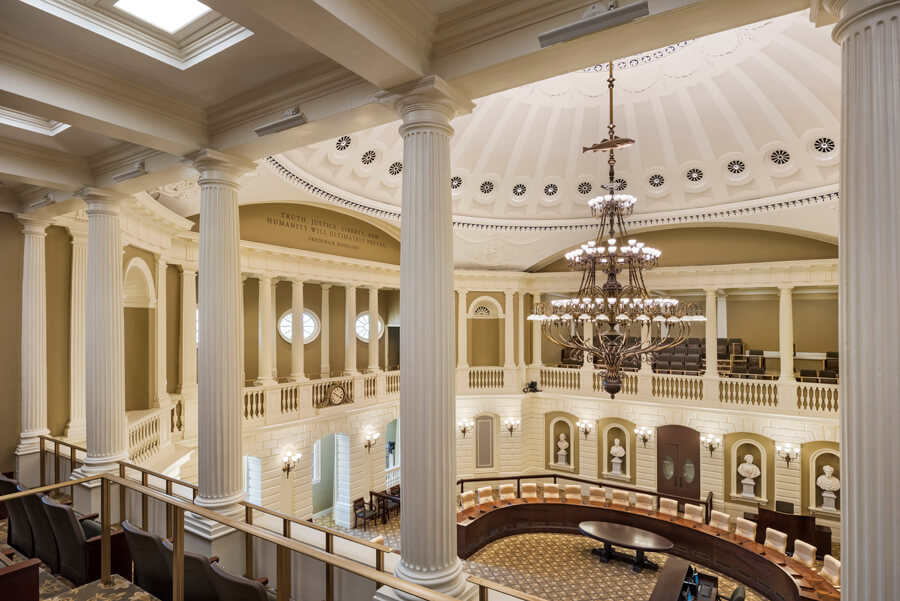 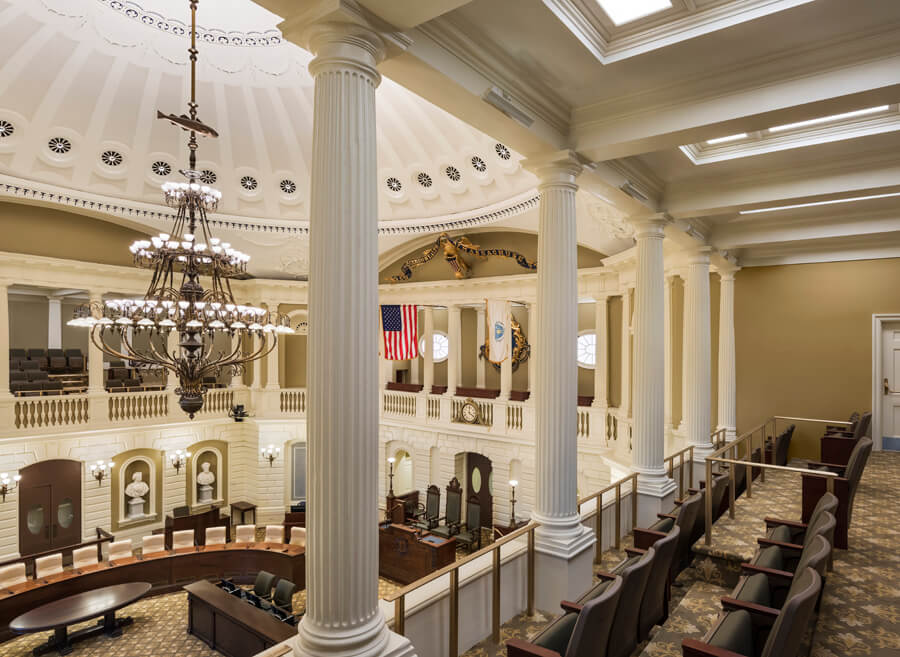 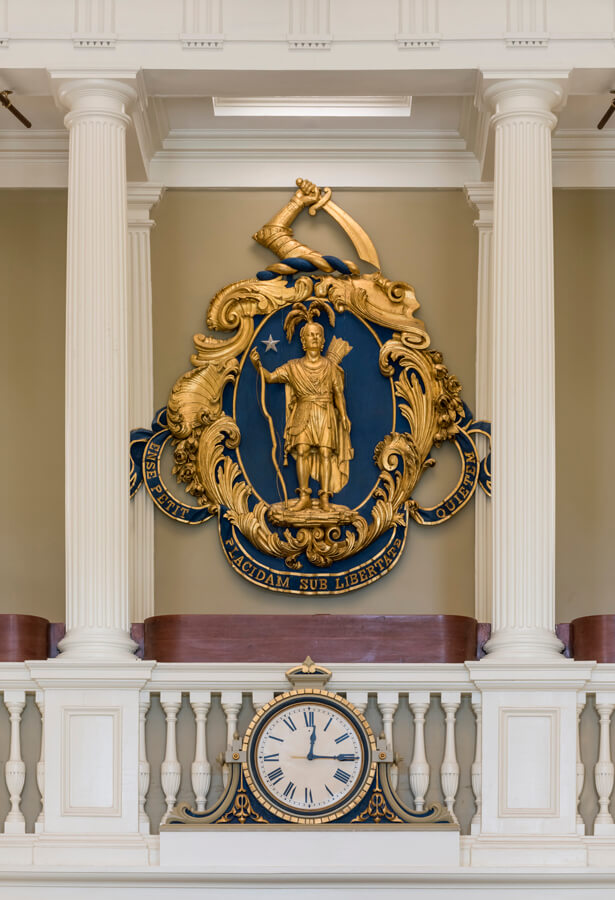 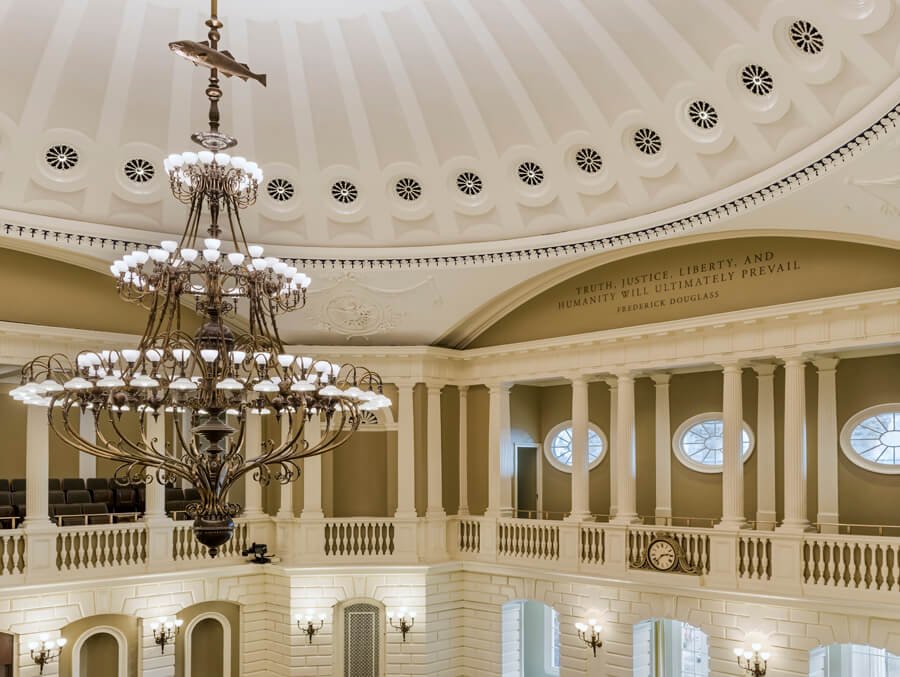 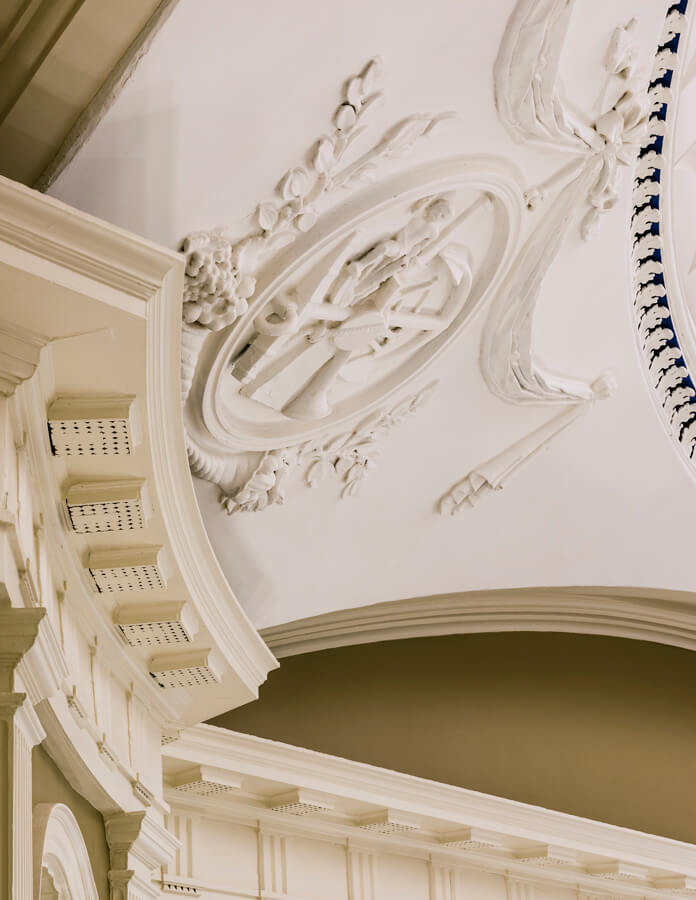 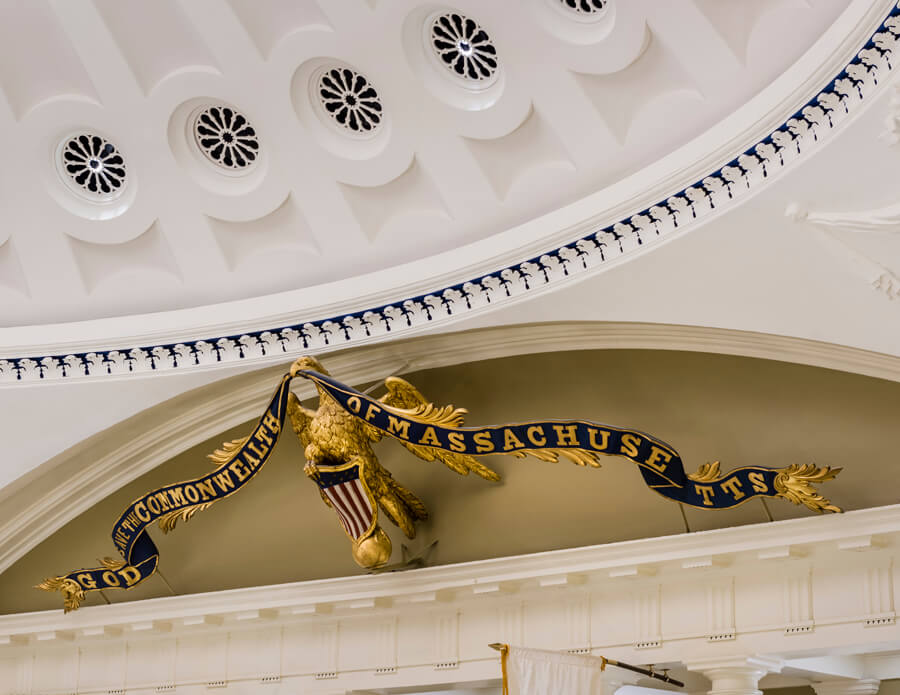 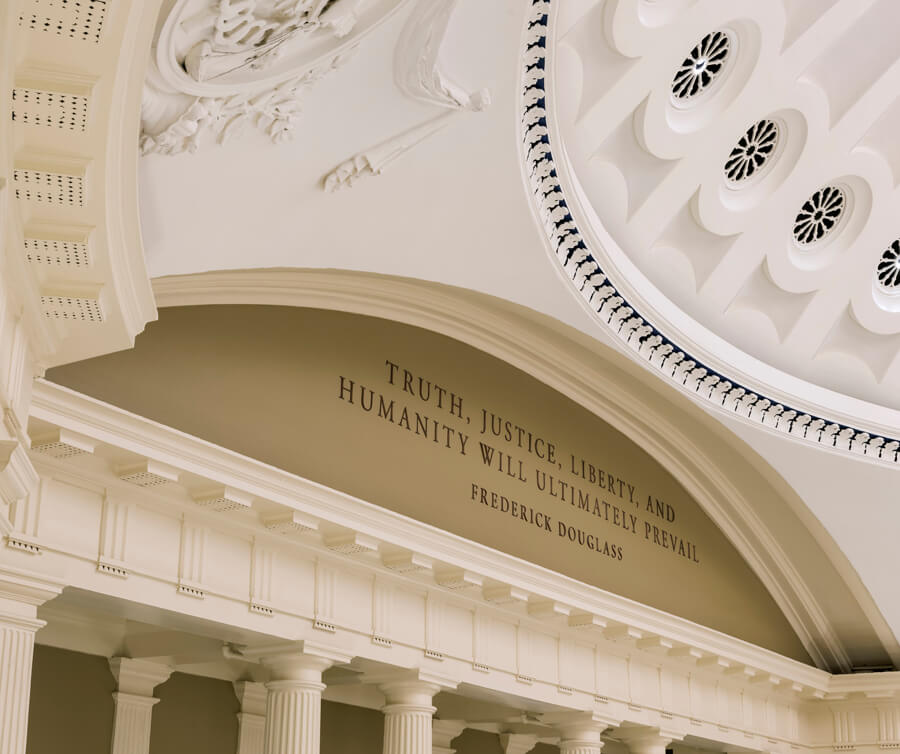 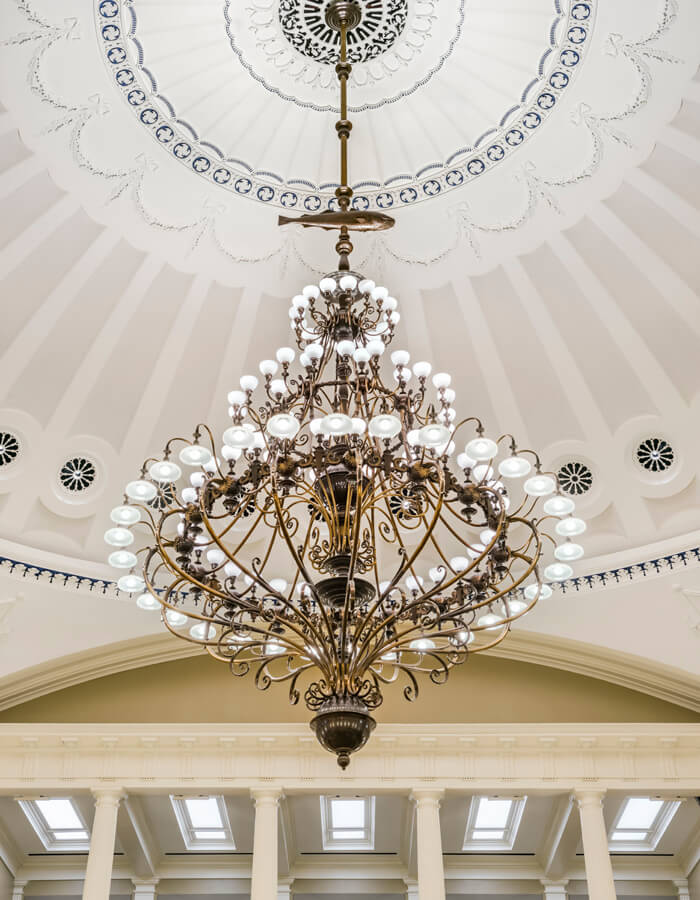 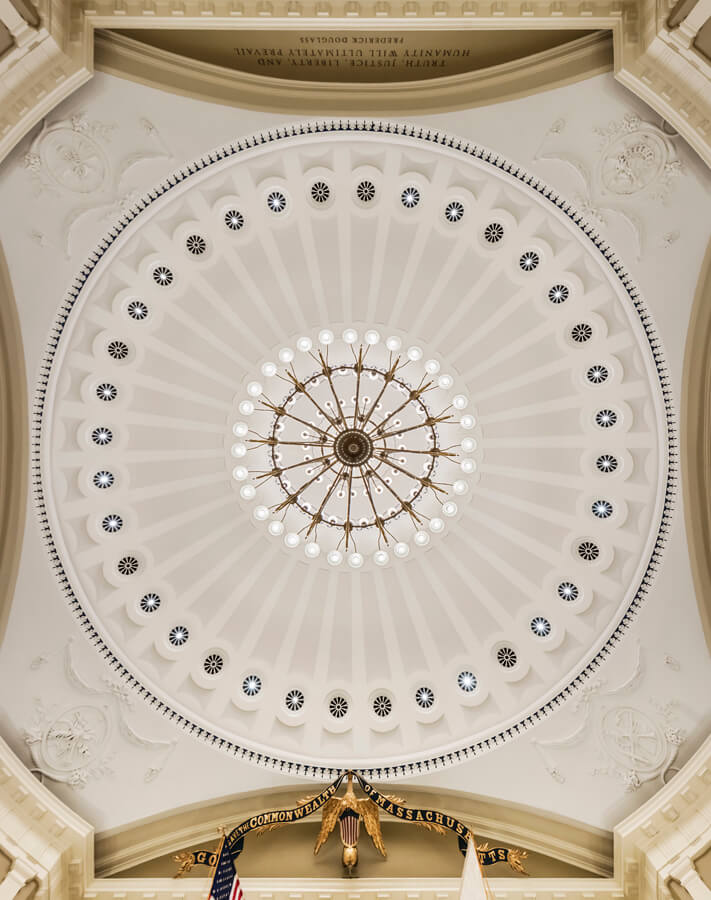 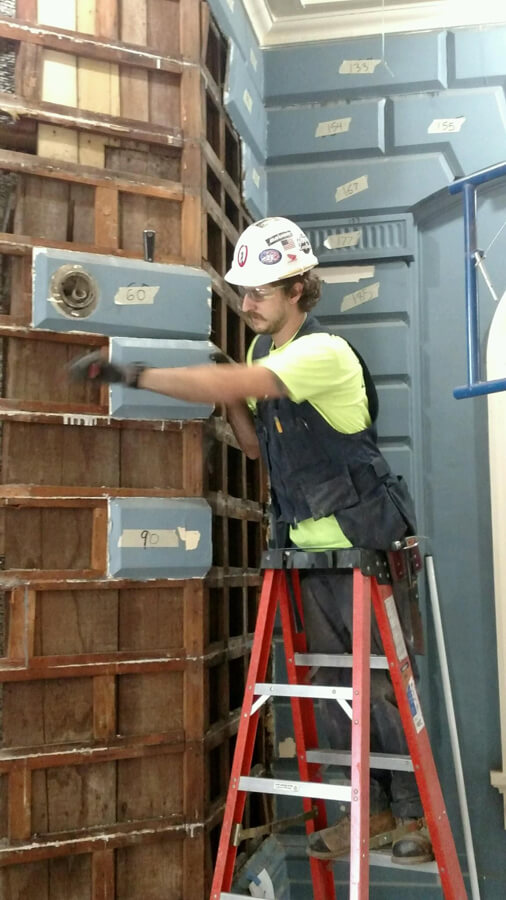 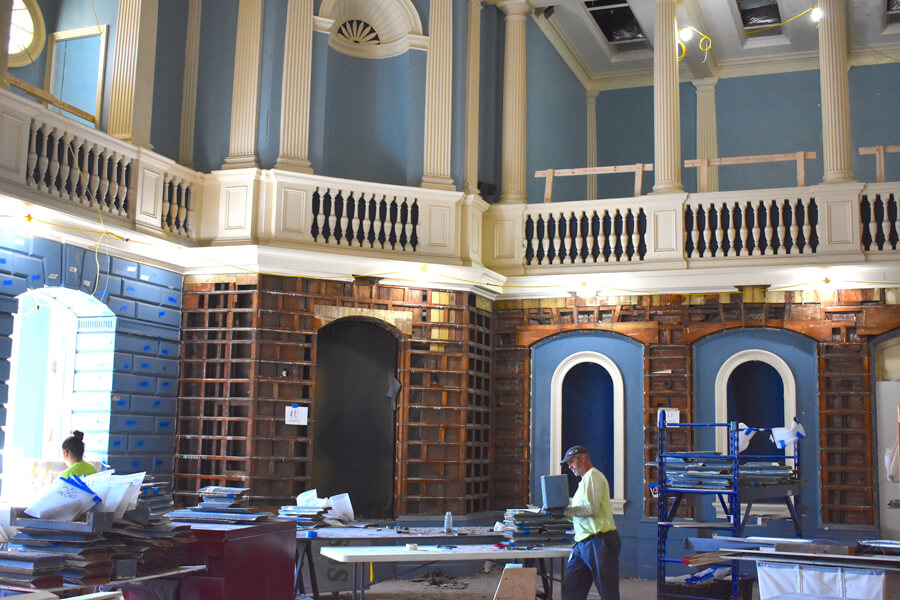 M&A’s Scope: Restoration of the Chamber woodwork, furniture and paneling, balconies, and the interior of the dome itself.

Noteworthy: Restoration of the 1544 wood rustication panels comprising the paneled wall system of the Chamber

In 1858, Oliver Wendell Holmes called the Massachusetts State House, “the hub of the solar system”. Built on Beacon Hill in 1798, the State House has looked majestically over Boston for over two centuries. In the past 25 years, M&A Architectural Preservation has been proud to be part of numerous preservation projects at the State House, so we were very pleased to be invited back for the Senate Chamber restoration.

After six long years of careful design work by one of Massachusetts’ premier architectural firms, the Senate restoration project was offered by the Massachusetts Division of Capital Planning for public construction bids. M&A was proud to be selected for all of the carpentry scope of the restoration work.

One of the most challenging parts of the restoration was the removal of 1,544 wooden rustication panels which form the distinctive paneled wall system of the chamber. Numbering and labelling each panel, photographing each panel before removal, after removal, and after stripping and after restoration; this documentation will become part of the state archives. Once removed, the panels were wrapped, palleted and sent off site for stripping of up to 20 layers of paint.

Once the stripping was complete, we began the restoration of the panels. Many panels had cracks or breaks often hidden by the layers of paint; some had been plastered over or caulked to cover the gaps between them. Despite the damage M&A was able to save and restore 98% of them, surpassing the hopes of the conservators.

In addition to the removal and reinstallation of the rustication panels M&A was also responsible for: