The First Church of Christ, Scientist
The Mother Church 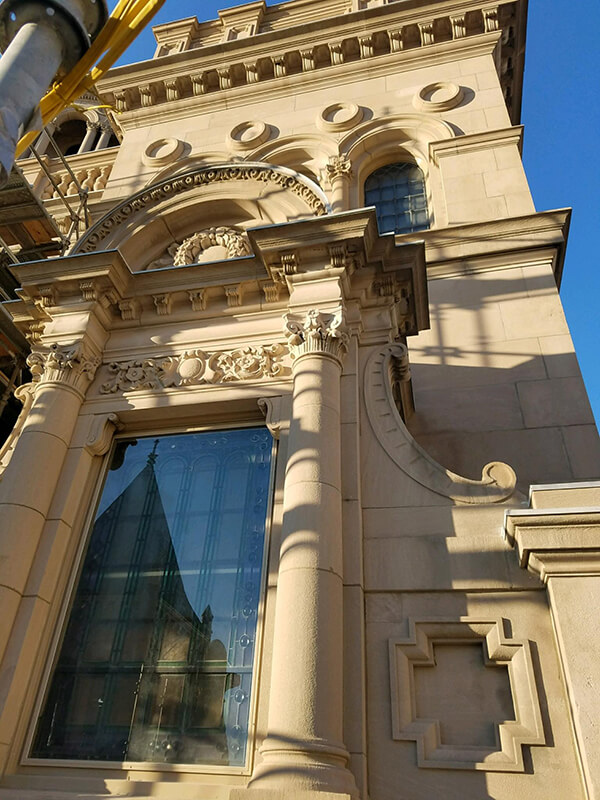 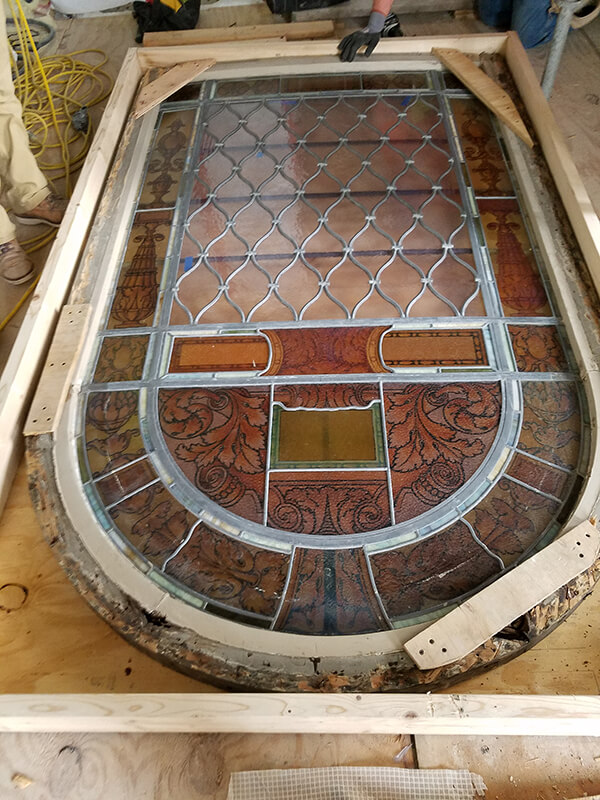 Dormer crating system due to rot 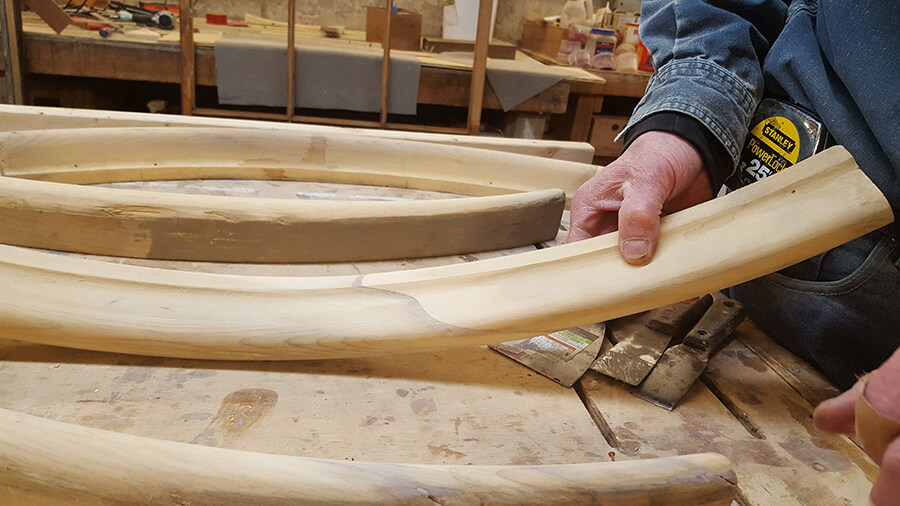 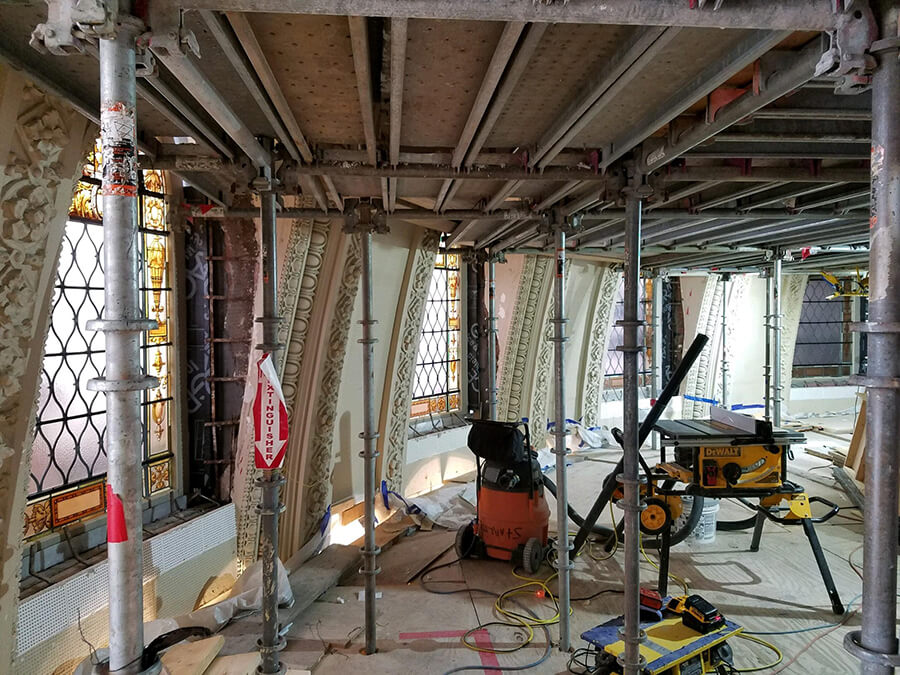 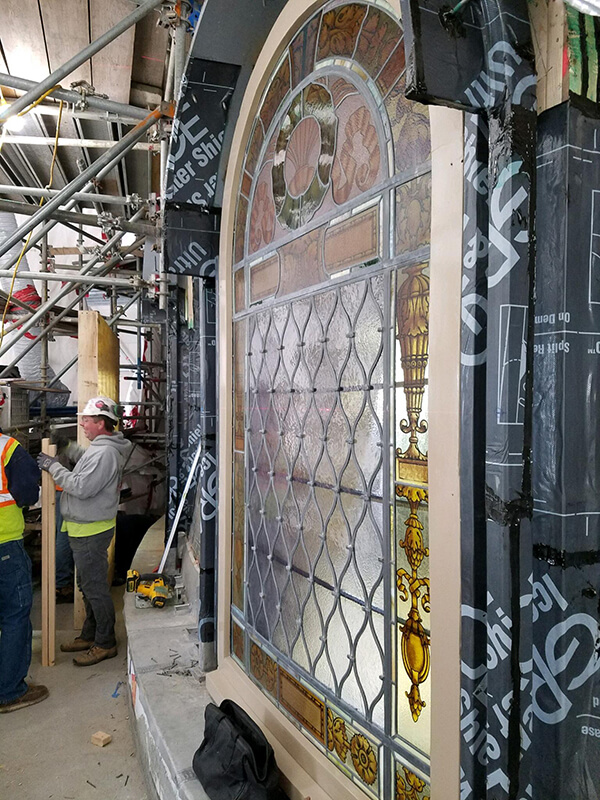 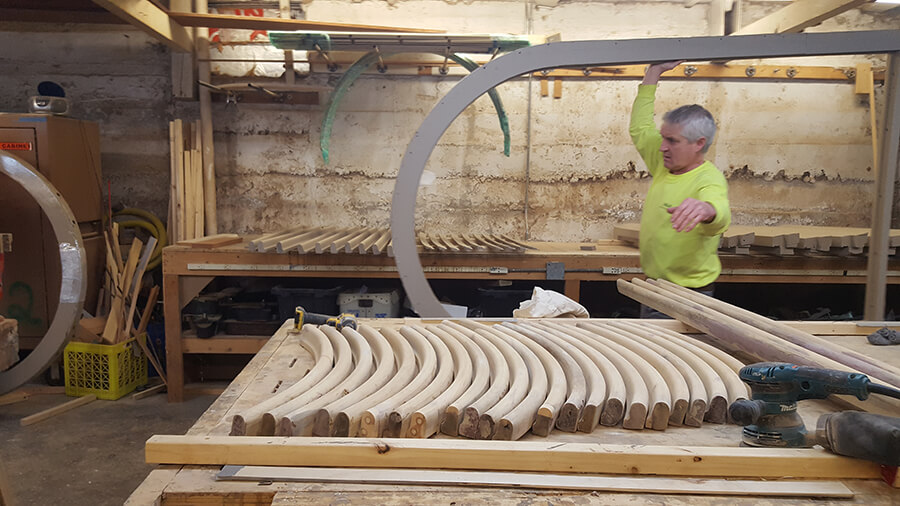 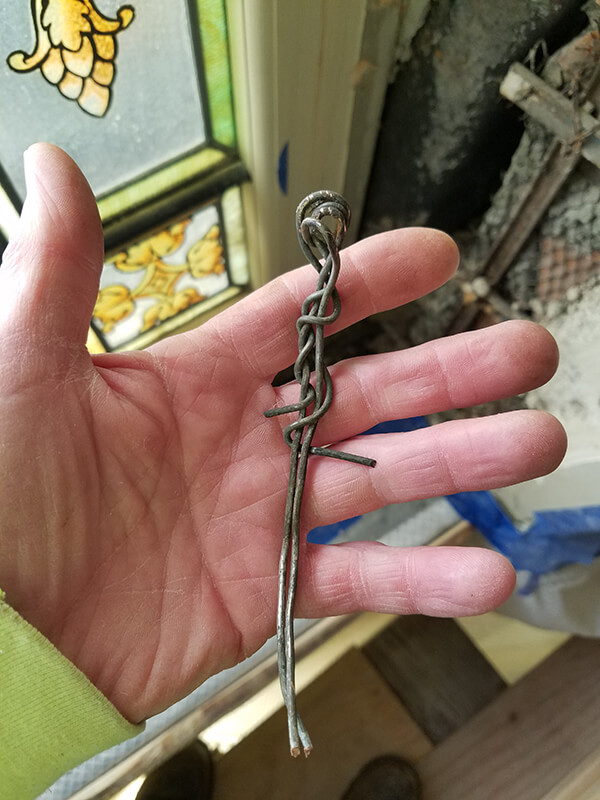 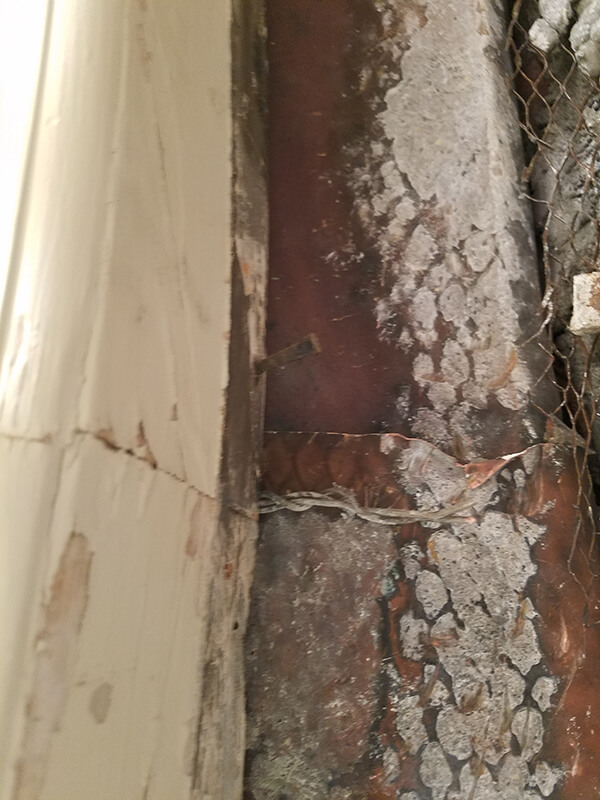 M&A’s Scope: Restore in place 123 wood windows containing ornate stained-glass panels, and remove and restore wood and stained-glass panels at large radius dormer windows. After restoration, furnish and install protective glazing to protect the stained glass at each opening. The work was phased over three years.

Noteworthy: Restoration of the frameless dormer windows at the semi-domes and reinstallation in the newly constructed stone framework.

“Our goal was to refresh the building yet leave no trace of our work so that it looks as it did when it was originally completed in 1894.”

This project was executed in a series of phases over several years, each addressing one façade of the building. M&A’s task was to make repairs to the wood window sash and frames holding ornate stained-glass panels, and to supply and install new aluminum protective glazing. The scope was very straightforward. Of course, restoration is sometime a series of surprises as unexpected conditions are found. This project had several, and all but one were evident in the first phase.

Once the first phase of work was complete, we were ready to get directly to work, knowing all that the building had in store for us – or so we thought.

After the wood restoration and protective glazing, the next two phases of the project involved large (roughly 5 feet by 8 feet) dormer windows in the semi-domes at the North and South facades. To our surprise, the dormers did not have wood frames. Each stained-glass panel was set into a wood sash that was attached by heavy wire to the opening and held in place from the front by the stone surround, and from the interior by plaster, and each panel rested on a wood sill. The sash maintained the same curve as the semi-domes, so they were on a gentle radius.

To further complicate matters, the wood was in very poor condition. We needed to stabilize the sash prior to removal so as not to lose the stained glass; then, we set each sash, still holding its stained-glass, into its own custom-made crate transport, and fastened the panel in place inside the crate. The heavy crates were lowered to the ground and transported to the stained-glass studio where the panels were restored. M&A took the wood sash to its shop for restoration of the failing joinery. Some of the sills were replaced, some repaired, and all nine sashes from each dome were restored and painted.

At this point, we reversed the process. We took the wood sash back to the glass studio, re-installed the stained-glass in the wood sash, then crated and hauled them back to the jobsite, where we custom fit all the sash and frames into the rebuilt stone surround. The project engineers designed a stone surround with blocking and flashing that holds the heavy sash securely and protects the sash and sills from deterioration. We were then able to install the protective glazing panels and call it a job well done.