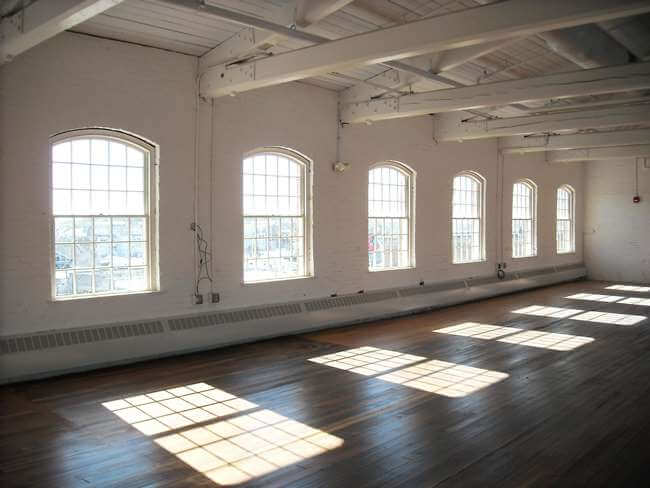 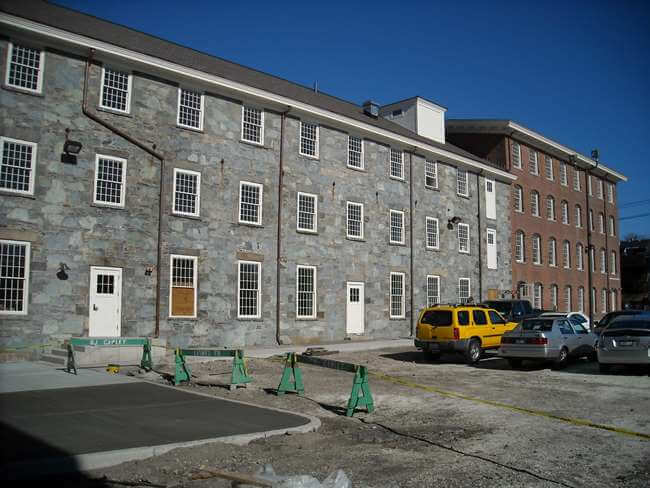 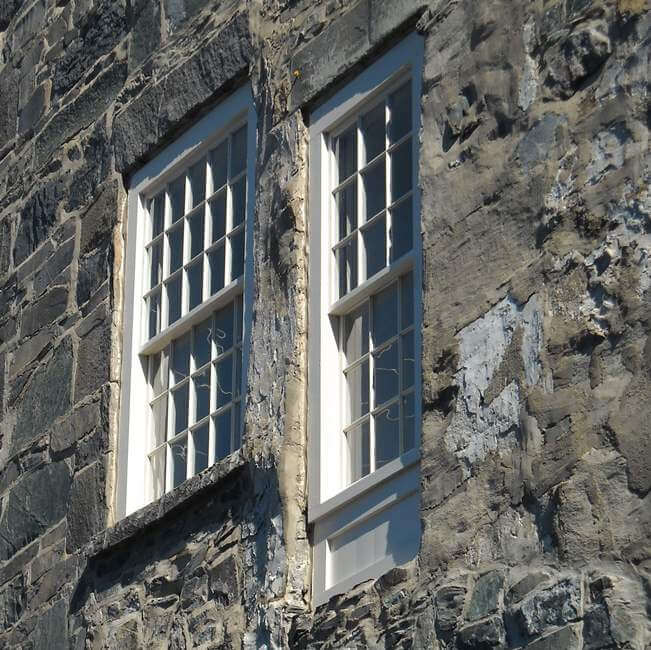 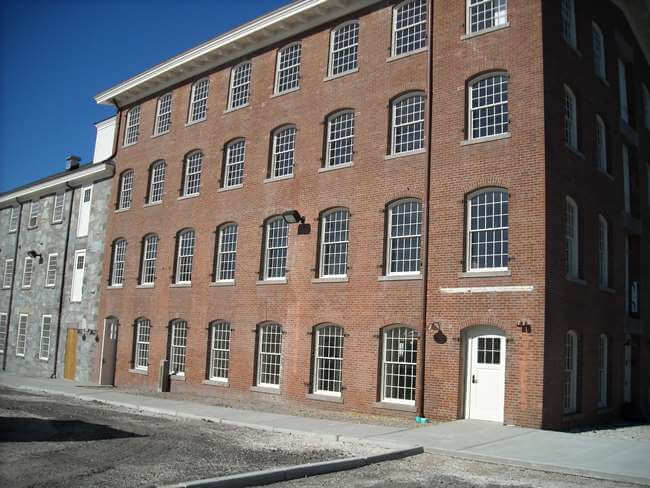 Noteworthy: Replication of historic windows at a rubble-stone mill building which were seriously deteriorated after years of exposure to sea air and storms

The Aquidneck Mill was built in 1831, between Newport’s two prosperous eras, the Colonial and Gilded Ages. The Mill served as a hub of cotton manufacturing, and originally employed nearly 100 workers within its three and a half store green granite building. As manufacturing in Newport grew, so did the Aquidneck Mill, and a four story brick addition was added. The cotton mill closed in 1884, and the buildings served to house a variety of new owners over the subsequent decades, including the Burnham Elastic Webbing Company, the Edison Illumination Company, and the Newport County Electric Company, before falling under ownership of the International Yacht Restoration School in 1995.

As part of a major renovation of these historic Thames Street warehouses, under the supervision of Rhode Island Historical Commission, both brick and rubble stone mill buildings were completely renovated.

The windows had been subject to sea air and storms for years, and were seriously deteriorated and beyond salvage.  M&A provided replica custom wood windows for both the original 1831 stone building as well as the later brick addition, complete with restoration glass to simulate the original glazing.