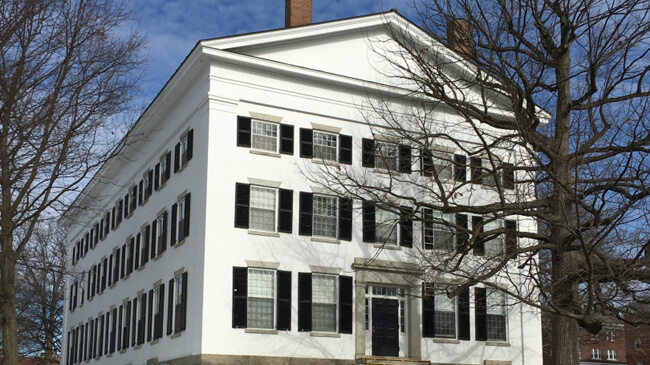 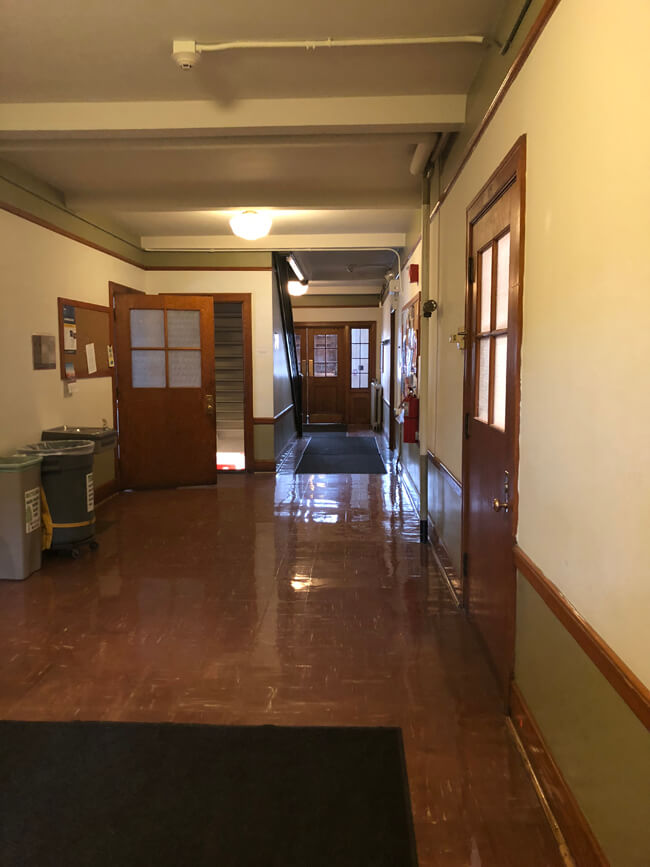 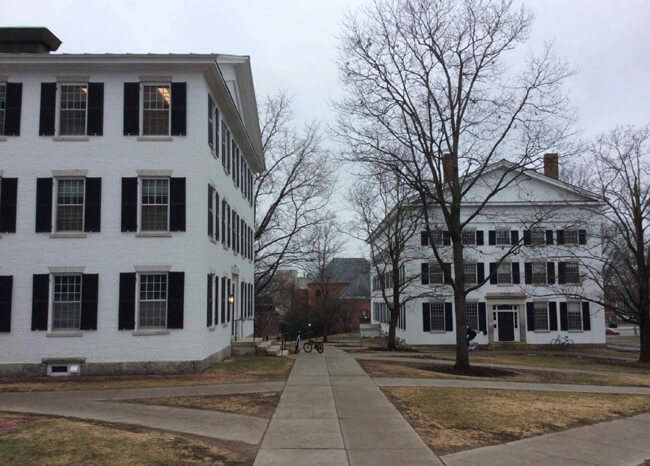 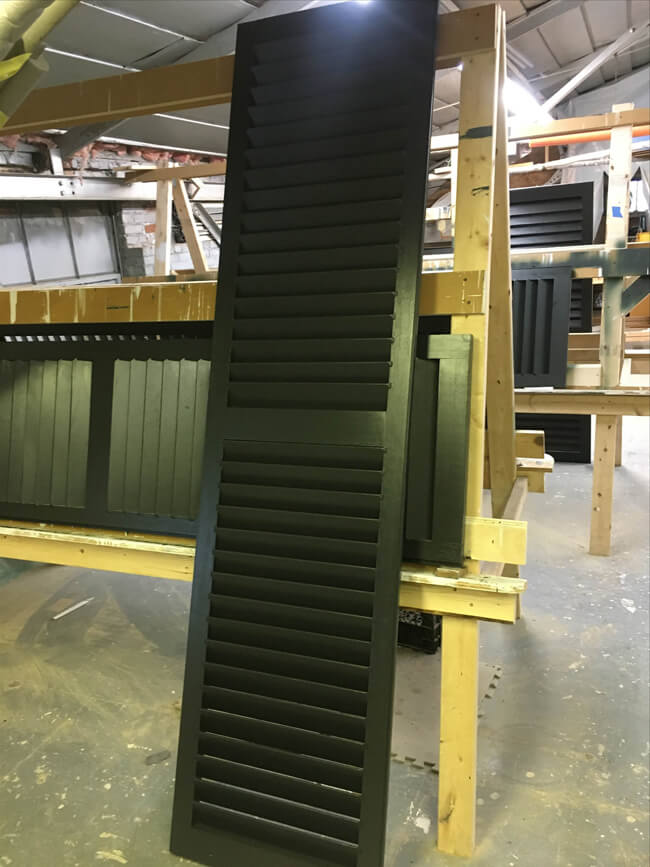 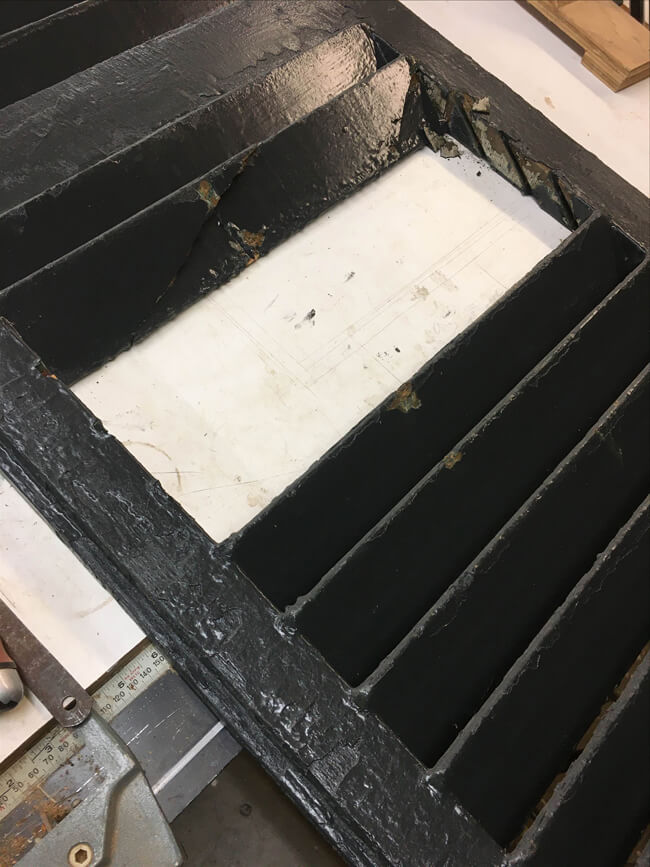 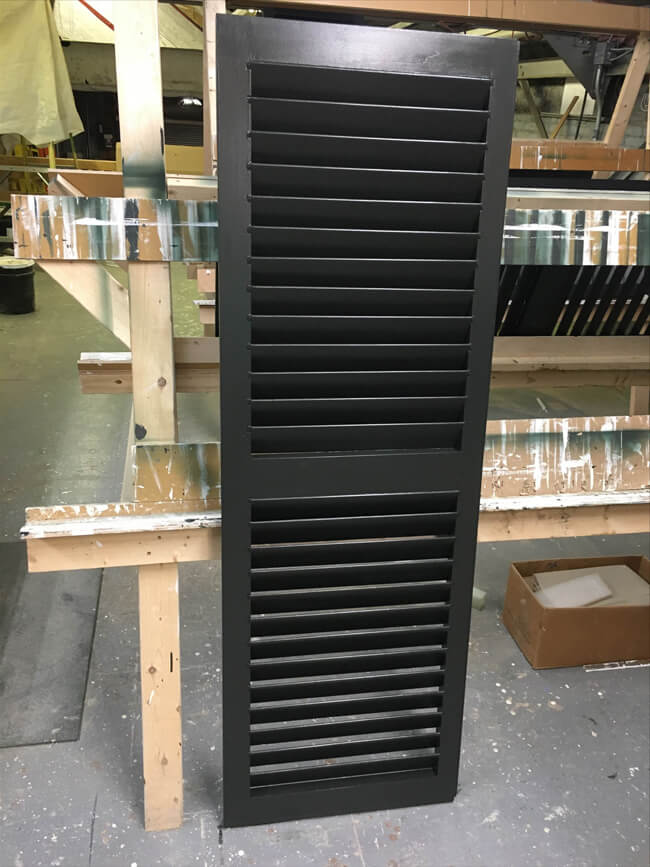 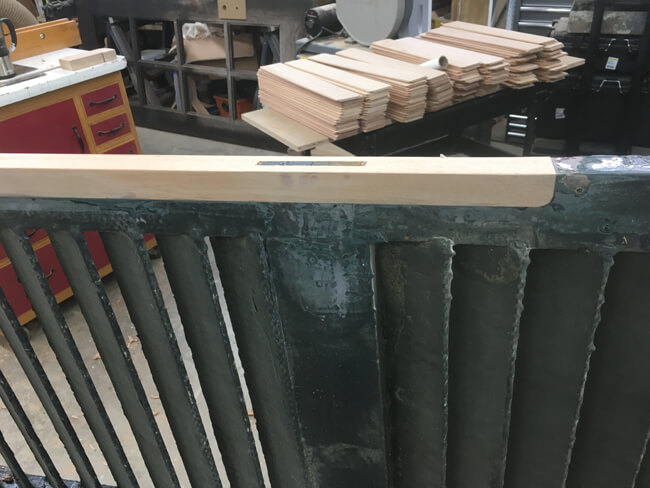 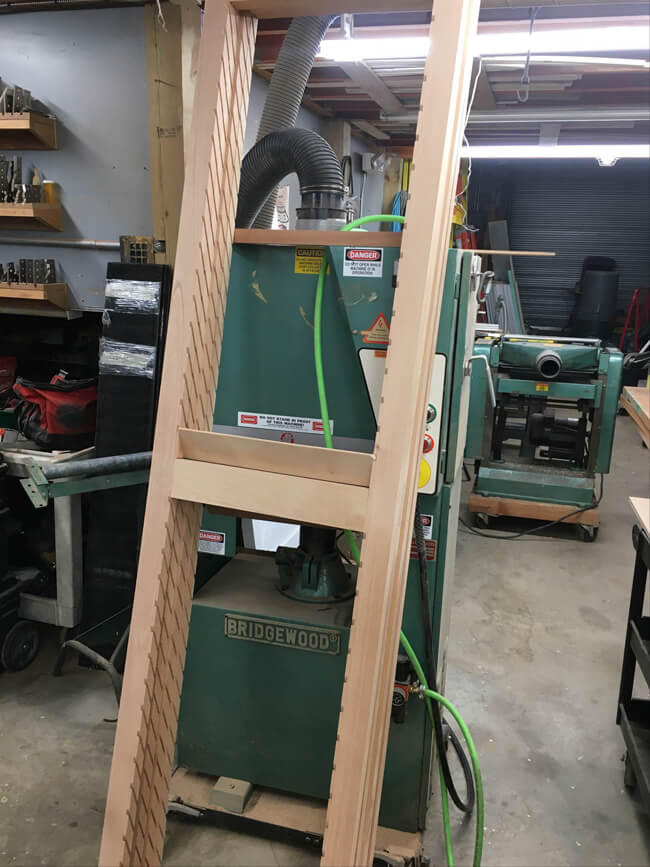 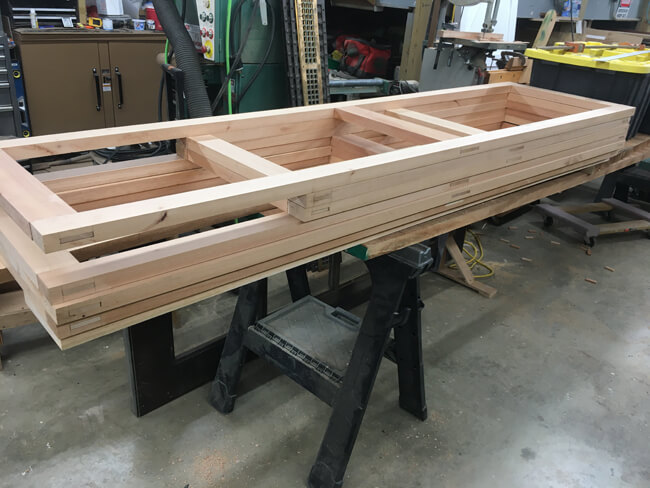 Located on the corner of West Wheelock and College Street, in Hanover, New Hampshire, the 179-year-old Reed Hall is one of four historic white buildings known as the iconic “Dartmouth Row.”

Built in 1895, it was home to one of the earliest X-ray machines, built by Dartmouth physics assistant Frank Austin. In 1896, Austin was credited with taking the first medical X-ray in America for a local schoolboy with a broken wrist.

Due to Reed Hall’s historical importance on campus, preserving its original exterior was critical. M&A’s key focus for the project was restoring the building’s 82 wood windows that were leaking air and water. In February 2020, we began work on the restoration.

Barely a month into the project, we were faced with the unforeseen challenges of the COVID-19 pandemic. For a short time, our team was able to safely continue working in a socially-distanced manner. We were either confined to one room for the restoration, or removing the window sash, which brought in plenty of fresh air. But, ultimately as the virus continued to spread around the northeast, the entire project was put on hold.

After two months of COVID-19 delays, it was finally deemed safe by the authorities and the college to return to the jobsite. Our restoration team continued with our window restoration under stringent COVID-19 safety protocols, carefully removing and repairing the beautiful windows.

While on site, we were able to restore some of Reed Hall’s historic shutters, which we reinstalled with matching hardware. As part of our window installation, we fixed the upper sashes in place, ensuring smooth lower sash operability.  Other shutters, too damaged to be repaired, were completely replicated by M&A to match the originals.

We were also tasked with weather-proofing the building’s historic windows against New Hampshire’s harsh winters. We installed new weatherstripping and sourced exterior storm-screen windows. Now the windows are well-insulated against the cold, while still allowing Reed Hall’s occupants to open the sash to enjoy fresh summer breezes.

The complete window restoration was finished in September 2020. Reed Hall’s full restoration project is slated to wrap in late Fall 2020 and will include the addition of an elevator, air conditioning and sprinklers as well as upgrades to the building’s interior, mechanicals, heating system, entrance, restrooms and electrical.

Despite the extraordinary times, we’re thrilled to have completed our first project at Dartmouth College restoring beautiful windows at Dartmouth Row.